Financial Settlement in a Divorce

If you are going through a divorce or separation you will need to come to an agreement about your finances. You can do this with, or without the help of a family law solicitor, although you may wish to take advice on your options and make sure any agreement you reach is confirmed in writing and, if advised, made into a court order

If you require advice about a financial settlement arising from a divorce, do not hesitate to get in touch with our specialist family law solicitors. Simply call us on 0113 244 6978 or use our online enquiry form to request a free consultation at a convenient time for you.

Click on the links below to navigate to a specific section or scroll down:

Do I need a Solicitor for a Divorce?

Whilst it is possible to represent yourself in a divorce, it can often lead to costly problems. It is one thing filling in court forms yourself, but quite another to understand the legal rules and law behind all the paperwork.

A family law solicitor can help in a number of ways.

Doing a divorce without any help from a solicitor is likely to be a recipe for disaster if you don’t know what you are doing. It can often lead to being ‘penny wise pound foolish’.

We offer a free consultation so that you can get an idea of your options.

Do we need a Financial Consent Order?

In short, yes! Without a consent order it would be possible for a spouse or ex-spouse to make a claim in the future. So, for example, if one party won the lottery or received an inheritance, the ex might be able to claim a share of these monies. We strongly advise all parties going through a divorce to get a financial consent order. Even if neither of you have any assets at the moment, a clean break consent order will normally prevent any future claims if circumstances change.

Financial consent orders can be prepared by us for as little as £500.

What Orders can the Court Make?

The most common orders that the Court makes are as follows: -

Periodical Payments (Maintenance)
This is a payment made out of income by one spouse to provide for the other and is commonly is called maintenance. Payments usually take place every month and the length of the payments can vary. The order can be varied (either as to the amount payable or the duration of it) in the future if the financial or other circumstances of one or both parties change significantly. Maintenance payments are common for an unemployed wife and a high earning husband.

If the party receiving the maintenance remarries (or enters into a registered civil partnership for a same sex couple) or dies, it automatically ceases.

Lump sum Order
This is an order that one party must pay the other a sum of money. It is usually a one-off payment, but the Court can order it to be paid by instalments. If there is default in payment then the Court can state that interest is payable.

Transfer of Property
This is an order dealing with property.  It usually deals with land and buildings (eg the former matrimonial home), but it also includes stocks, shares, bonds, policies and household contents, cars, boats and other possessions. The Court has the power to transfer such an asset from one person’s name to the other either now or in the future. There is a power to order a sale and divide up the proceeds if the Court thinks it is appropriate.

Sale of Property
This is an order selling property, e.g the former matrimonial home. The Court has the power to order that property is sold straight away or it is sold at some point in the future. For example, a common order is for a property to be sold once children have turned 18 years old. This is known as a Mesher Order.

Pension Sharing Order
A pension sharing order is one that shares or splits one spouse's pension fund so that the other spouse has a pension fund that is personal to him or her. For example, there may be 50% split of one spouses’ pension. Pension rights can be very valuable and both parties will need to get a cash equivalent transfer value of each pension (CETV).

Can a Financial Settlement be Reached Without Getting a Divorce?

How is the Division of Assets Worked Out?

The court considers all the circumstances of the case, giving first consideration to the welfare of any children of the family under the age of 18.  The court will consider the following matters:

The aim of the court is to achieve fairness. Following a Court decision in a case called White v White, the court will look at an equal division of assets built up during the marriage, unless the marriage was of short duration, or the assets are insufficient to satisfy needs of the parties, particular housing. However, often a decisive factor is the reasonable needs (especially housing needs) of yourself and your spouse, which can override an equal division of assets.

Practically, both parties will usually need to provide evidence of their financial position, e.g valuation of properties & pensions, wage slips and bank statements. Both parties will normally fill in a Form E which is a form that sets out all income, assets and liabilities. This will enable the Court to know what is in the matrimonial pot. Arguments can then be formed as to how those assets are divided.

It is possible to agree a financial settlement without having to ever to go to Court. If an agreement can be reached before Court, a consent order can be submitted to the Judge in the post.

What Happens in an Emergency?

You may need to go to Court urgently if, for example, you believe your spouse is about to spend large sums of money. The Court has various powers to make orders that freeze assets or to try to recoup those monies.

In addition, the Court has the power to make interim orders for maintenance (maintenance pending suit) if a spouse is not reasonably financially supporting you during the separation.

How Much Does it all Cost?

This varies widely. The average for an application to the Court for ancillary relief costs in the region of £2,000 - £15,000 depending how far you go through the stages of the Court process to get an outcome. However, costs can be reduced if both parties come to an agreement quickly.

We are able to offer fixed fees in most circumstances and can sometimes offer payment plans to assist with cash flow.

It may also be appropriate for us to get your spouse to pay your fees.

We offer a FREE INITIAL CONSULTATION that many of our clients find useful to gather further information about their options, the particular issues of the case and an initial view on likely outcomes.

The issue of money is important during a divorce or civil partnership dissolution, and can throw up a number of complications. If you are concerned about protecting your assets or just need some guidance about what to do next, get in touch with us. Contact our specialist divorce solicitors in Leeds today on 0113 244 6978 or click here to request a free consultation for free divorce advice. 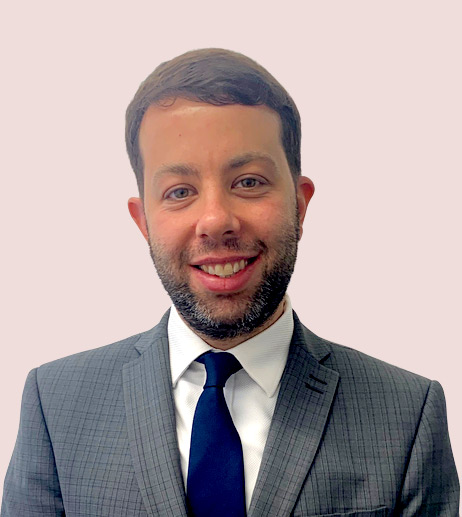 After my first consultation with Daniel Sugare, I knew I’d pick the right solicitors for my divorce . My case was at times complex and stressful, but Daniel kept professional and kept me on the right path when I’d given up hope or had a meltdown.